An Ecclesiological Response to the Budget 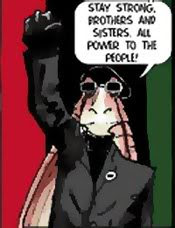 In the words of Jabari Jabari Binko: "I ain't shuffling no more. It's revolution time!"
Posted by Tom Ferguson at 09:02